Plastic, metal or glass: What’s the best material for a reusable water bottle? 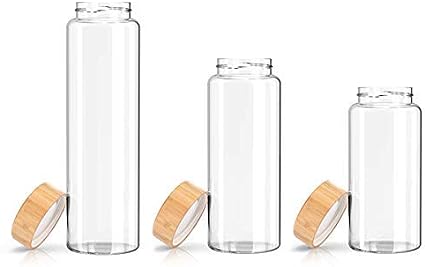 Reusable water bottles make staying hydrated easy, cut down on disposable plastic use and, with ever-updating colors, shapes and patterns, offer a way to make a fashion or lifestyle statement. So there’s little wonder that they’re such big business: A May 2019 report from MarketWatch valued the industry at $239 million and predicted the sector will reach a value of $374 million by 2025. Reusable bottles could become even more popular if more companies and airports follow the lead of Facebook and San Francisco International in banning single-use bottles.

Although companies such as S’well, HydroFlask and Contigo churn out new designs every year (some of which are even issued as limited editions), most bottles are made of one of three materials: plastic, metal or glass. We consulted some experts for their take on the materials’ safety and sustainability.

Glass
“Glass would be the best [safety-wise] if it wouldn’t break,” said John Swartzberg, a clinical professor at the University of California at Berkeley School of Public Health and the chair of the editorial board for the school’s wellness newsletter. Because glass is made of natural materials, there is no danger of inorganic chemicals leaching into liquids when it’s heated or cooled. It also doesn’t hold flavor — some people complain that water in plastic or metal bottles tastes like chemicals or tin. Glass tends to be heavier than metal or plastic, however.

Plastic
Most reusable plastic water bottles are manufactured from plastic polymers such as polypropylene and copolyester, which makes them light and durable. (Reusing single-use water bottles, which are often made from No. 1 or PET plastic, isn’t advised because repeated use can break down the material, which could allow bacteria to build up in cracks, and washing in hot water can cause chemical leaching.)

Many reusable plastic bottles are advertised as free of the chemical bisphenol A (BPA), which was commonly used in plastics until studies linked it to hormonal disruptions in humans. (The Food and Drug Administration has said that BPA is safe at low levels.) “Most plastic bottles today are not using BPA. There’s no health reason to consume it,” Swartzberg said. “The problem is they’ve replaced BPA with other things, so we don’t know about these other things that they’ve replaced them with.”

Until more research has been done on these alternatives, R. Thomas Zoeller, an endocrinologist and professor at the University of Massachusetts at Amherst who has studied the chemical effects of BPA extensively, recommends glass or metal over plastic bottles. Although the effects of bisphenol S, a compound often used instead of BPA, haven’t really been studied in humans, some animal studies have suggested that it could be disruptive.

If you do use a plastic water bottle, even if it’s labeled as BPA-free, Zoeller suggests hand washing it because the combination of heat and detergent, which acts as an abrasive, can score the plastic.

“It’s a combination of the abrasive and the temperature, and those two things are going to enhance leaching,” Zoeller said. “All plastics that are going to be reused need to be washed by hand. As a rule I wouldn’t put plastics in the microwave or dishwasher, period.”

A spokeswoman for the Plastics Industry Association said the industry follows FDA regulations about plastics safety. She suggested that consumers concerned about washing plastics read the labels and symbols on the products to ensure they’re using them safely.

As for recycling, before you buy a plastic bottle, you can check its underside to find the plastic’s classification number. That will tell you what type of plastic the bottle is made of.

“In the U.S., PET (#1) and HDPE (#2) are the most commonly recycled plastics,” DesRoberts said in an email. “However, not all recycling programs work the same, so it’s important to know what your local recycling center accepts.”

Metal
Most metal water bottles are made from stainless steel or aluminum. “Metal obviates any concerns we have, rightfully or wrongfully, about plastic,” Swartzberg said. There may be slight transfer of aluminum into the liquid, but there’s probably no greater risk than using stainless steel or aluminum cookware, which is deemed safe, Swartzberg said.

“Generally I feel more comfortable with glass than plastic, but I think stainless steel has a lot to offer in terms of not having things leach into the water,” Zoeller said. He said it’s best to make sure that whatever metal bottle you’re buying isn’t lined with plastic, epoxy or resin, which some manufacturers do to mask a tin-like taste, because of concerns that those materials could contain harmful chemicals.

It’s possible to recycle stainless steel bottles, but you may not be able to recycle them curbside because their makeup makes them hard to compress in normal recycling processing plants.